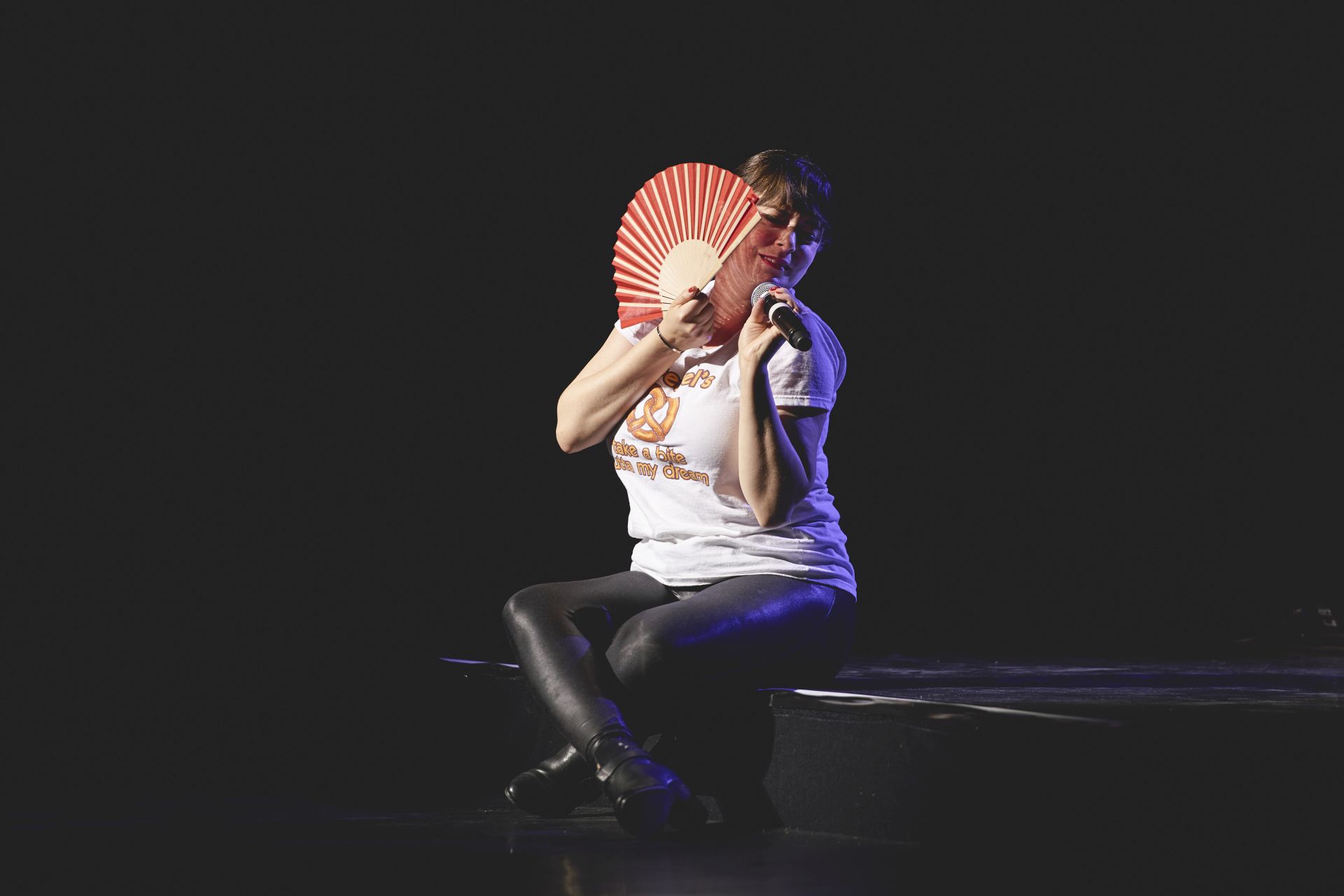 Rachel most recently sold out Radio City Music Hall performing CRAZY EX-GIRLFRIEND: LIVE as well as at The London Palladium, the latter of which earned her a five-star review from The Guardian. She also wrote and performed in “YES: IT’S REALLY US SINGING: THE CRAZY EX-GIRLFRIEND CONCERT” which aired after the series finale on the CW.

She will be starting her solo tour, WHAT AM I GOING TO DO WITH MY LIFE NOW? in the Fall of 2019, as well as a monthly residency at Largo Los Angeles called HI I’M RACHEL AND THIS IS MY SHOW.

Rachel is best known as the star of the CW musical dramedy CRAZY EX-GIRLFRIEND, which she co-created and executive produced alongside Aline Brosh McKenna. For her performance as Rebecca Bunch, Rachel won the 2016 Golden Globe for Best Actress in a TV Series – Musical or Comedy, Critics’ Choice Award for Best Actress in a TV Comedy and TCA Award for Individual Achievement in Comedy. In addition to other Golden Globe, Critics’ Choice and TCA Award nominations in further seasons, she is also a 4-time Emmy nominee for both the songwriting of CRAZY EX-GIRLFRIEND and her past writing work on the Adult Swim sketch series ROBOT CHICKEN.

Rachel will be featured next in ANGRY BIRDS 2 opposite Jason Sudeikis for Columbia Pictures as well as TROLLS 2 for Dreamworks opposite Anna Kendrick and Justin Timberlake. She previously starred in the SXSW comedy, MOST LIKELY TO MURDER. She also recently voiced the role of Batgirl in BATMAN VS. TEENAGE MUTANT NINJA TURTLES.

Bloom has been prominently featured in The New York Times Magazine, Elle, Allure, Entertainment Weekly, Time, Psychology Today and Backstage, among others.

Bloom got her start performing at the Upright Citizens Brigade Theater at which she put up two live musical sketch comedy shows, RACHEL BLOOM IS A TRIPLE THREAT!!! and SING OUT LOUD, LOUISE. Her 2010 music video, FUCK ME, RAY BRADBURY, went viral and was nominated for a Hugo Award. In 2012, Bloom performed in the Just for Laughs Comedy Festival in Montreal in the NEW FACES: CHARACTERS Showcase. Before CRAZY EX-GIRLFRIEND, she self-released two albums of comedy music: PLEASE LOVE ME (a compilation of old/new hits) and SUCK IT, CHRISTMAS!!! (A CHANUKAH ALBUM).

She currently resides in Los Angeles with writer/director Dan Gregor (her husband), and their dog, Wiley.